A panorama of High Force in winter
Variously described as 'England's biggest waterfall', 'the largest waterfall in England' and 'England's highest uninterrupted drop of water',  High Force is undoubtedly  one of the most spectacular waterfalls in England - especially after rain. Depending on the water level in the river (which is heavily moderated by the dam at Cow Green reservoir several miles upstream), there may be a single fall, two falls (with a subsidiary fall to the east of the main fall), or even three (with a less defined flow over the central pillar of rock separating the other two) - but this happens only after exceptionally heavy rain, and doesn't persist very long.  There is a Raby Estate car park next to the High Force Hotel, with access (for a small fee) to the foot of the fall. Alternatively, it can be viewed from the Pennine Way footpath on the west side of the river. The pictures below show High Force in a variety  of conditions.
​
For High Force pictures for sale and some amazing videos of High Force in spate​ click here 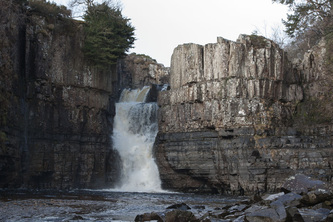 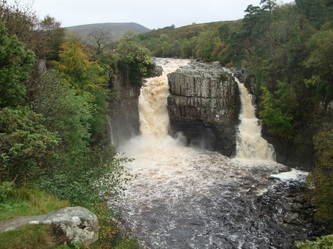 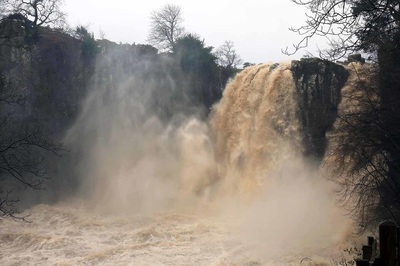 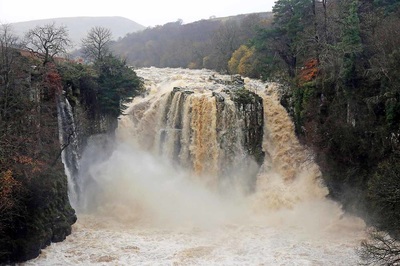 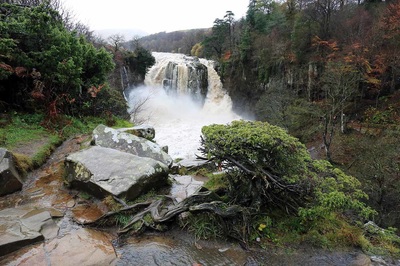 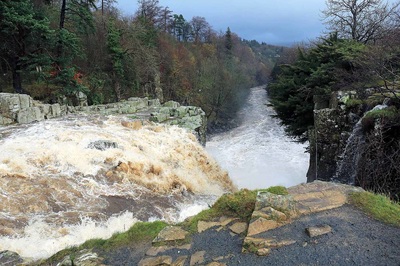 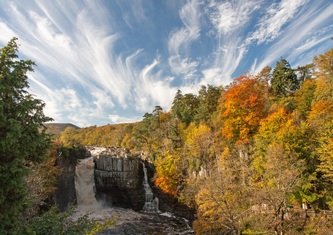 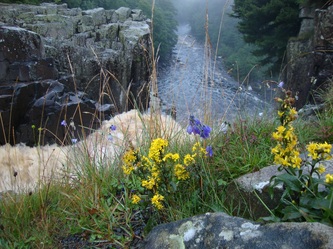 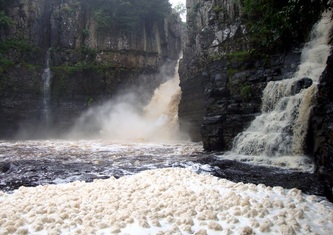 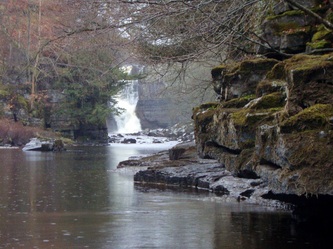 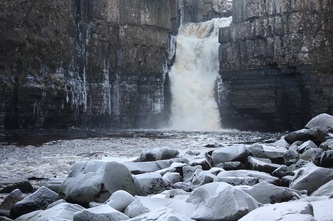 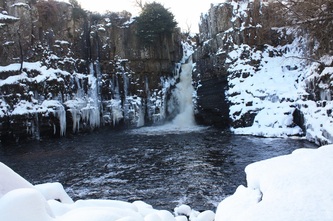